Paul was the second born in a family of ten children, with seven brothers and two sisters. He grew up on a farm in the town of Glenwood, Minnesota. His mother died in the ‘30’s, when Paul was still a boy. He was a soft spoken and hard working young man. A true gentleman who always had a smile on his face.

The 506th Parachute Infantry Regiment was originally formed and trained at Toccoa, Georgia. Paul was an original Toccoa man, a term which is used for a paratrooper of the 506th who was with the regiment since its formation in July 1942. Paul joined Able company of the 506th Parachute Infantry Regiment which belonged to the 101st Airborne Division. He served in this company as a (light) machine gunner. After parachute and infantry training Paul’s regiment was sent to England to prepare for the invasion of fortress Europe. On D-day, June 6th, Paul jumped into Normandy. Unfortunately there is no information available about his actions in Normandy, although we know that he left Normandy unharmed.

Paul’s second combat jump was during operation Market Garden. He landed safely on Drop zone C in Son and assembled with his men on the southern edge of the DZ. Company A, B and C (1st battalion) had the task of moving towards the main road bridge at Son. Second and third battalion had the same task, but they moved through the center of Son. First battalion formed the right flank of 2nd and 3rd and were moving south towards the canal, just West of town. This meant they had to move through a part of the Son forest. At the end of the forest, they had to cross a meadow behind the Sanatorium of Son to reach the road bridge.

But, when they reached the edge of the forest, they were pinned down by enemy fire. The Germans were shooting at first battalion with 88 mm guns. Grenades were exploding all around them!

On the ground and in the trees. The fire was so intense, that Paul’s company suffered enormous casualties, and the operation had just begun. One of the shots fired by the 88 mm gun killed Paul and his assistant machine gunner, Pfc Prentice Hundley, killing both men instantly. The two ammo bearers who were with them, Pfc Earl Borchers and Pfc Donald Liddell, were seriously wounded.

Five of Paul’s brothers also served during World War II. But, sadly, Paul was the only one not to return home when the war ended. The family didn’t receive much information concerning his death, which made them even more concerned. They didn’t know if he suffered pain before he died, if he was shot in mid-air while landing his parachute, they didn’t even know where Paul died. Eventually they heard that although Paul’s wounds were fatal, he did not die instantly. The story has it, that there was a family who stayed with him, until he died from his wounds. You can imagine, that these stories didn’t make the loss of their beloved son any easier... Eventually it became clear that Paul died with his brothers in arms, in the forest just behind the Sanatorium in Son.

Paul’s grave is adopted by Frank Gubbels, a resident of Noorbeek, the Netherlands. He is in contact with Paul’s family and has spent a lot of time helping the family learning more about Paul’s actions in the Netherlands. I would like to thank Frank for sharing Paul’s story, so he and his buddies are never forgotten. Lest we forget! If you want to visit Paul’s grave, he is buried in Plot J, Row 18, Grave 6. 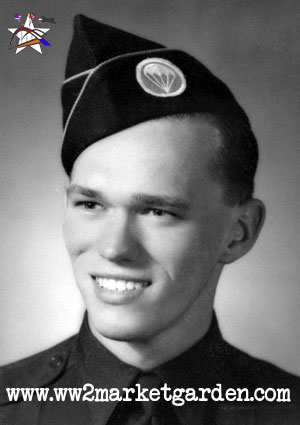 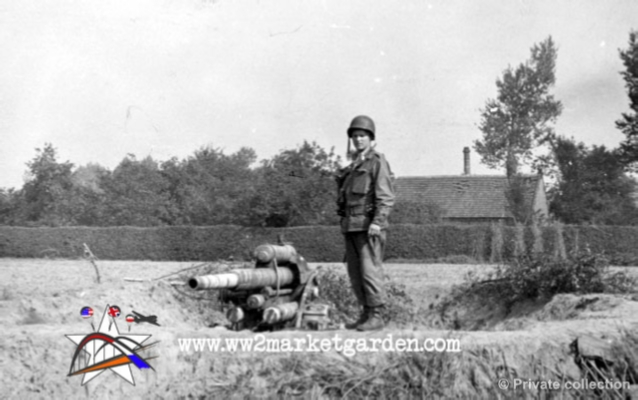 The first 88 mm gun positioned close to the canal and the Son bridge. This is one of the 88 mm guns that fired
on first battalion of the 506th PIR exiting the woods North-West of Son. 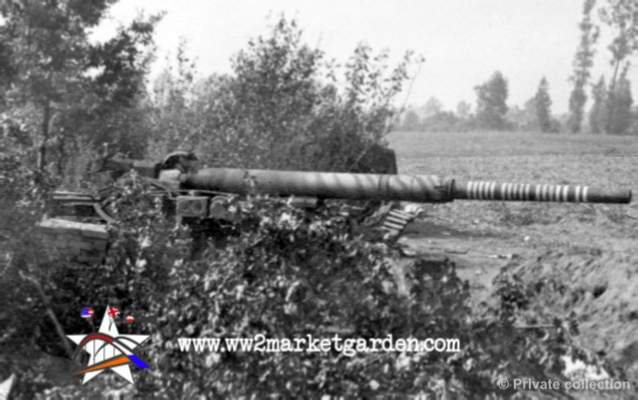 The second 88 mm gun positioned close to the canal and the Son bridge. 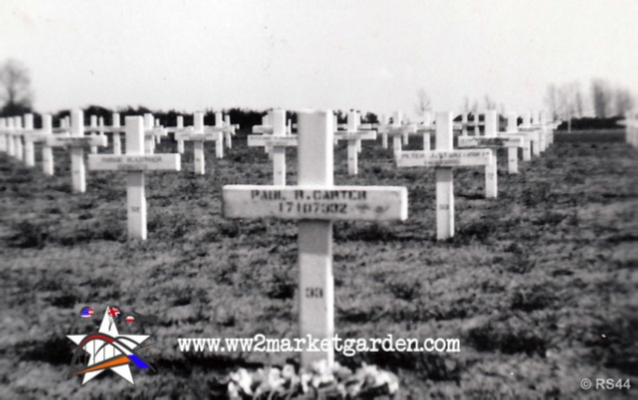