William Burrows was born in 1915 as a son of William and Cecelia Burrows. William was maried to Florence Kate Burrows. Together they got four children. Just before the war William entered the service, joining the army as a sapper in the 9th Field Company Royal Engineers (R.E.). He served in England, Belgium and France in 1939/1940. When the Germans invaded the low countries and France, William found himself defending the outskirts of Dunkirk. The 9th Field Company was evacuated of the beaches and William found himself back in England. His unit was reorganized and eventually ended up in Bere Alston on the outskirts of Plymouth. During the battle of Britain of Britain William’s company suffered nine casualties due to German air raids. During 1940 and 1941 the 9th Field Company worked on laying mine fields and erecting coastal defences alond the coast.

On June 19 1942 the 9th Field Company Royal Engineers was selected to become a part of the newly created 1st Airlanding Brigade. The 9th Field Company was to become an Airborne outfit. About one third of the company was trained in the parachute role and the remainder of the company was training as gliderborne troops. William Burrows was trained as a paratrooper at Ringway, Manchester and passed. During the course of his training stage William was promoted to Lance Corporal. At the end of 1942 the company received its first marching orders. They were selected to destroy a heavy water plant in Norway in an operation called Operation Freshman. The operation took place on November 19 1942. 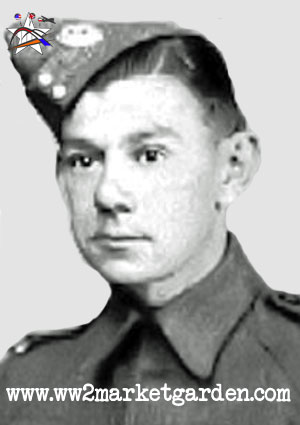 On April 16 1943 the 1st Airlanding Brigade was sent to North Africa, where the 9th Field Company Royal Engineers together with the 1st Border Regiment, the 181st (Airlanding) Field Ambulance and 2nd South Staffordshire Regiment took part in Operation Ladbroke, the invasion of Sicily. The main task of the company was to take care of the enemy coastal defenses. When the operation was over the company was sailed to Tunesia where later they were embarked for the invasion of mainland Italy. During the voyage the company heard that the Italian forces had capitulated. The company was disembarked at the port of Taranto and were assigned with various tasks.

On December 12 1943 the 9th Field Company Royal Engineers sailed back to England and ended up in Lincolnshire. The company soon got involved in preparations for the invasion of Western Europe. In May 1944 they prepared the airfield at Hurn in Hampshire for Operation Overlord, better known as “D-day”. The 1st Airlanding Brigade didn’t take part in Operation Overlord and kept training until they were put into action once more. Several airborne operations after D-day were abondoned because of the quick allied advance. In September 1944 the 1st Airlanding Brigade was assigned to a new operation, operation Market Garden.

Just after 10.00 hours on Sunday 17 September 1944 sixteen glider and tug combinations took off from RAF Keevil for Arnhem as part of Operation Market Garden. Horsa Glider RJ113 (Chalk 389) was in this group of aircraft and contained 21 men, including William Burrows, from No 1 Platoon 9th (Airborne) Field Company Royal Engineers. The glider was flown by S/Sgt L. J. Gardner and co-pilot Sgt R. A. Fraser from D Squadron, The Glider Pilot Regiment. It was towed by a Short Stirling, No. LK 148 of 299 Squadron, 38 Group.

The tugs and gliders took a course north-west towards Gloucester to pick up Squadrons from Fairford and then headed out over the Severn and Bristol Channels to form up. Here Stirling LK 148 with Horsa Glider R113 took a turn south-west down the Bristol Channel with other aircraft and gliders, and made a turn east over Weston-Super-Mare and headed for Arnhem.

While over the village of Farrington Gurney an explosion occurred in RJ113 splitting the glider in two. With no tail section the glider lost lift, broke its tow line and crashed into the Double Hills meadow near Paulton killing all occupants. The event was witnessed by the Stirling’s rear gunner who recalls watching the glider falling like a rock to earth after the explosion had occurred.

One villager was in the field picking blackberries at the time of the crash and was injured by flying metal fragments. The Stirling marked the spot by circling until they could see locals running to the crash site. This included Farmer Teak: “When I arrived at the place of the crash I could see that there was nothing I could do. The soldiers had all been killed. It was gruesome.”

As a result of the explosion on board William and his comrades became the first casualties of Operation Market Garden. William is commemorated on the Double Hills memorial at the site of the crash along with the other 22 occupants of the glider.

Lance Corporal Burrows died on 17 September 1944, aged 29 years old. He is now buried in plot Y-293 at the Milton Road Cemetery, Weston Super Mare along with other soldiers killed by the crash.

Photo: a Horsa glider at the Pegasus museum in Normandy, France.