A. Thomassen
Citizen of Eindhoven

There was commotion and noise at the end of the street. I was eight years old, soon to be nine. With my friends I was listening to the noise coming down the street, so we decided to take a look. A few days ago, September 18 1944, we were liberated. An emotional happening which I shall never forget. Just a day after our liberation, the city received it’s third bombing of the war. The target of the Germans were the convoys of British troops located in the centre of Eindhoven, full of fuel and ammunition. The damage and chaos in the city was huge.

The city was in a state of despair, which made it interesting for us boys to take a look downtown. During the war years, we moved from the Rechtestraat (in the centre) to the Tongelresestraat (in the suberbs) for safety reasons. When we lived on the Rechtestraat we lived in big fear during the first bombing of the Philips factories. On 6 December 1942 Allied bombers came to destroy a part of the factories, supporting the German war effort. Just 100 yards from our house, a big fire started. Now, liberated, this seemed ages ago.

Me and my friends arrived at the spot where all the commotion was. It came from the Alberdingk Thijmlaan, close to the park. On the sidewalk in front of some villas, a few rows thick, people were shouting. What was happening? Because we were small, we slipped through and got front row seats.

Because we were small, and didn’t obstruct the view for the people, this was tolerated. A woman came out of the door from one of the houses. Brutely pushed out the door by two men, into the front garden and onto the street. Here clothes looked funny... They might have been ripped. All her hair was cut off. The crowd went wild, they screamed, shouted, swore, I can’t descrive the hate I felt from the crowd towards this woman.

The woman was dazed, almost as if she was drunk. She even vomitted on the street. Why the crowd was screaming? I couldn’t really understand why they were screaming. They used the word ‘Moffenhoer’ (Kraut whore). More women came out of the villa. One by one they were pushed onto the street. I can’t call them girls, because they obviously looked like full grown women.

Then they were brought towards the police station on the Frederik van Eedenplein. Many people, shouting comments to the women, followed the women like a flock of sheep. Other spectators around us made their way back home. We stood there for a while. We boys couldn’t understand what just happened? We thought we were liberated? Was this what liberation means? The liberation was already exiting enough and now we had to cope with these feelings. I truly couldn’t understand why people would harm these women in a time of peace...

An added note: Some of the girls who got shaved after the liberation, had a relationship with a German soldier to get vital information. The information was given to local resistance movements. Some of these girls never got the recognition they truly deserve. Stories sometimes have more then one side to it. 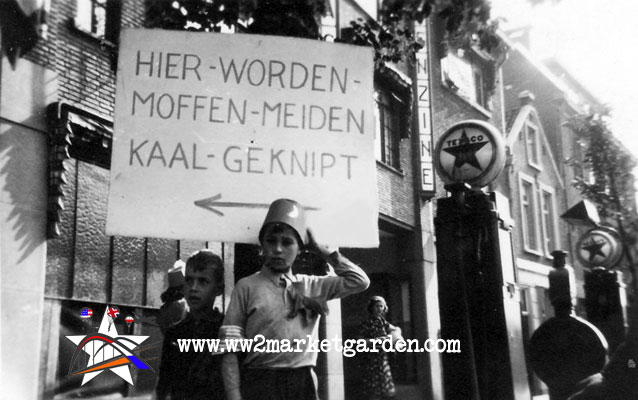 Photo: A sign was installed at a fuel station in Eindhoven, in the street called ‘Wal’, telling the citizens: “This is where ‘Kraut Girls’ get shaved”. 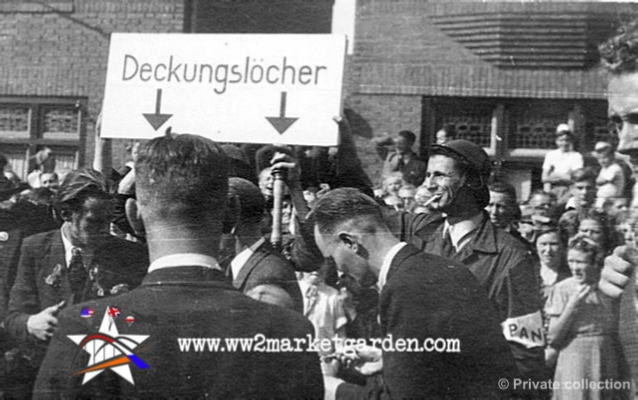 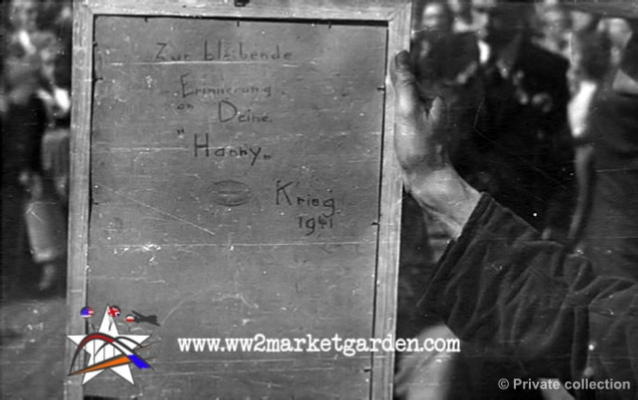 In this case the ‘Kraut girl’ had a framed picture of her German lover called “Harry”. ‘Proof’ was collected, but sometimes the evidence was very circumstantial. 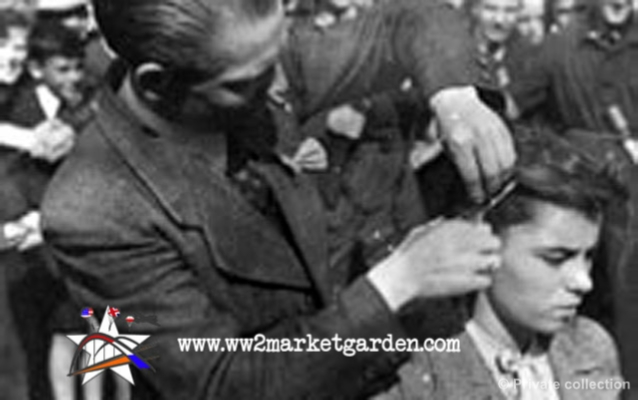 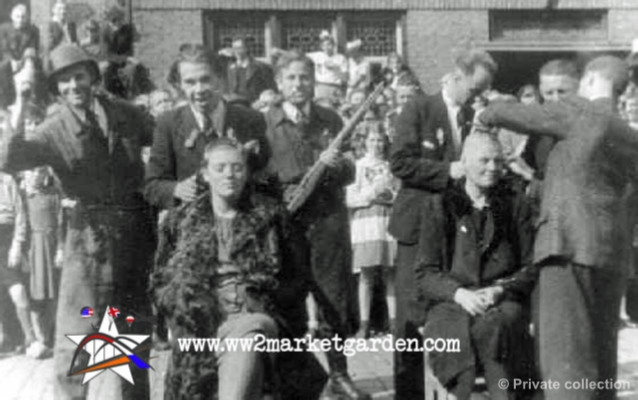 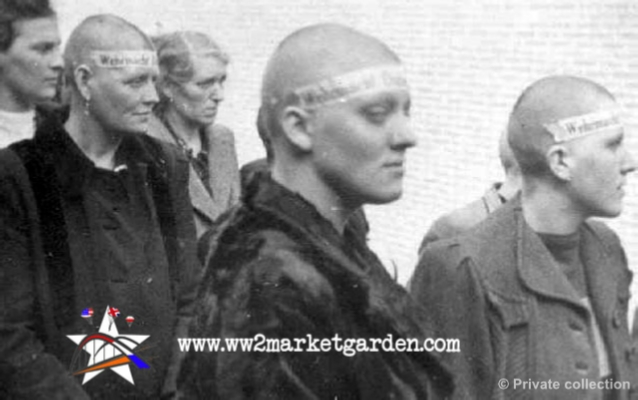