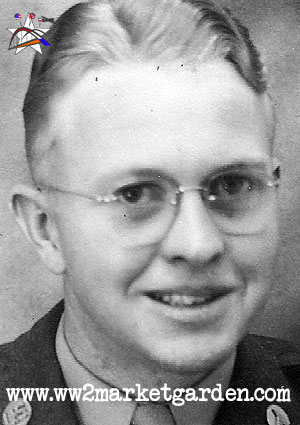 William H. Rowe was born on December 31 1921 in Grass Valley, a small town in Nevada County, California. After finishing high school in Grass Valley in 1939 he went to work for Abraham’s Market in Grass Valley, where he worked from 1940 till 1942. He would deliver meat as a truck driver for the company and did some meat cutting under supervision of a butcher.

In october 1942 William enlisted in the army from Sacramento, California and entered the service as a replacement member for the 307th Airborne Medical Company as part of the 82nd airborne division. He arrived in Europe in May 1944, just in time for the D-day mission.

In the morning of September 18 1944 (D+1), the 307 Airborne Medical Company took off from three different British Air Bases headed for the Netherlands. The unit was broken down into four Collecting Companies and one Clearing Station and attached was a Platoon pertaining to the 50th Field Hospital (6 Officers and 55 Enlisted men) as well as two Auxiliary Surgical Teams (6 Officers and 4 Enlisted men).

The total lift was made up of 67 Waco CG-4A gliders towed by C-47 aircraft. On board were 296 men (26 Officers and 270 Enlisted Men), 27 jeeps, 34 trailers and over 10 tons of medical equipment. 11 enlisted men from the Company had already jumped into Holland with Division Headquarters September 17 1944.

After a flight of approximately three-and-a-half hours in a glider, William Rowe and his unit came down under mortar fire. A few men were hit, but after successfully exiting the landingzone, the unit set up a first Clearing Station in an open field at 1800 hours, two miles west of Groesbeek. There was an overflow of patients, about 649 patients during the first 40 hours, moreover, operations had to take place under strict blackout conditions rendering the task especially trying. The tented area (16 tents) was strafed twice by enemy planes, although Red Cross markers had been set up. After two days the facility moved into a large school building on the Berg en Dalseweg at the outskirts of Nijmegen where it would remain throughout the campaign. In fact, the Clearing Station run by the 307th was doing the work of an Evacuation Hospital. On September 20 approximately 200 casualties were evacuated. Due to severe enemy action evacuation had to be interrupted between September 23 and September 27.

Throughout the entire period, almost all evacuation and transfers were effected by the Company’s own means, causing no interruption in the transfer of casualties from the unit aid stations to the clearing station. Two important innovations to the clearing station were the use of a positive pressure anesthesia apparatus (vital for chest and lung cases), and the introduction of a portable X-Ray machine (which arrived on September 25 1944). There were in fact three independent units operating at the time; the Clearing Station, the 307th Airborne Medical Company, and Detachment A from the 50th Field Hospital.

After spending 2 months in the Netherlands, everything was packed and the Company left for France by motor convoy. The date was 16 November 1944. The 307th Airborne Medical Company arrived at Sissonne, France, 17 November 1944, where it was to spend the coming winter.

As in previous Airborne operations, different groups of aidmen and litter parties were detached to the Regiments to assist with evacuation from the frontlines, and many jeep and ambulance drivers moved over roads under enemy artillery and small arms fire. Aerial resupply and enemy medical sources proved adequate except for a shortage of penicillin and oxygen. Nursing aid was obtained from Dutch volunteers with British agencies fully cooperating, so that the necessary care of the casualties was never seriously affected.

During the operation in the Netherlands, the following medical units were attached to the 307th Abn Med Co: the 1st Auxiliary Surgical Group (which supplied some extra Surgical Teams), the 6th Field Hospital, and the 50th Field Hospital (single unit, detachment A). Subject elements were attached from 18 September to 8 October 1944. On October 4, a C-46 aircraft was made available by the Division Air office for the evacuation of priority cases to an airfield near Brussels, Belgium. 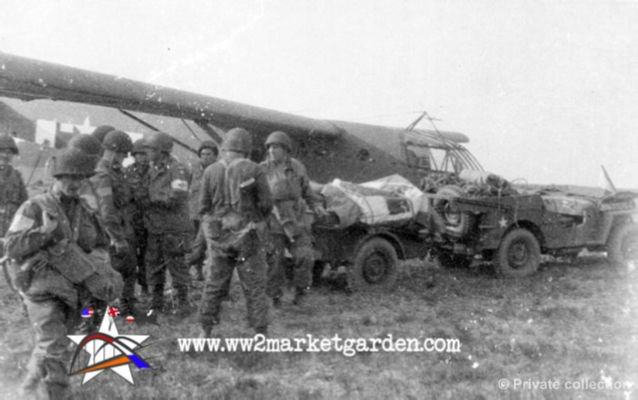 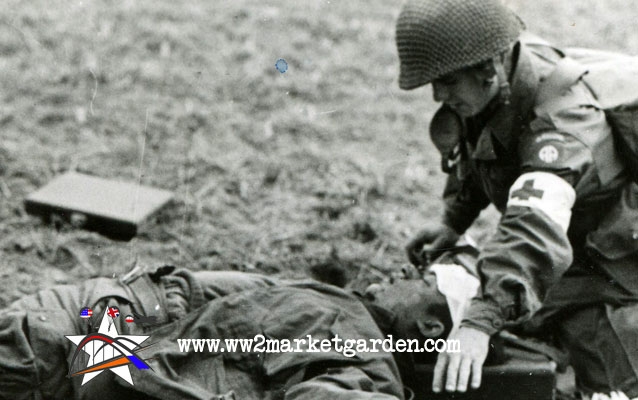 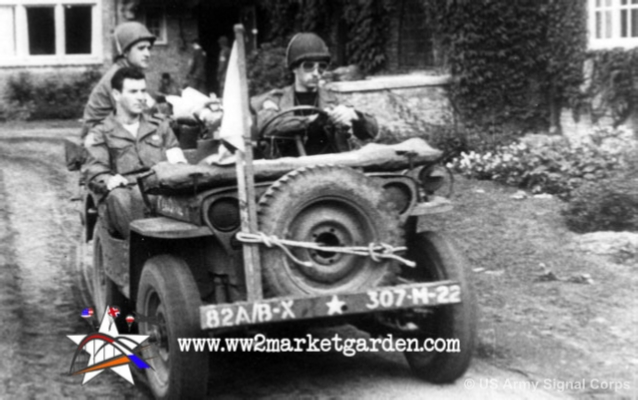 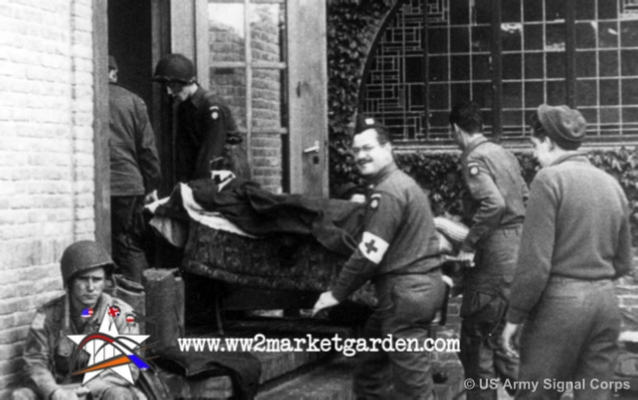 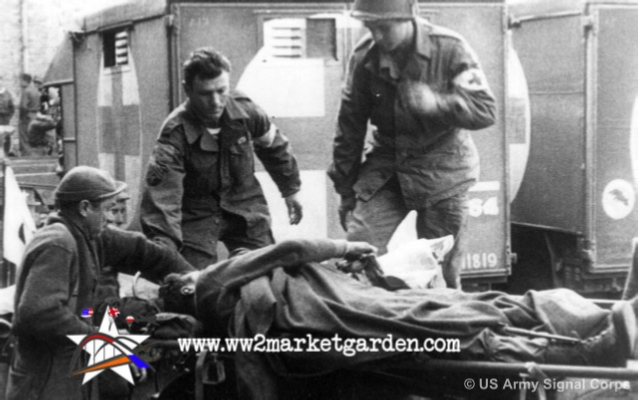 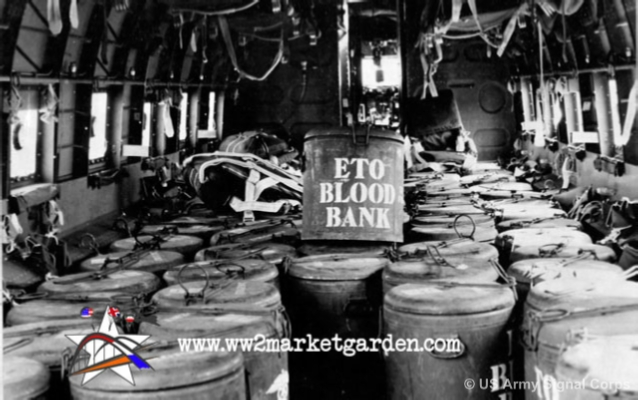