On 18 September 1944 the battle for the bridge at Best was raging. The Germans had full control of the village and were heavily engaged with the American paratroopers in the forest on the east side of town. The Germans had a couple of 88’s dug in along the railroad tracks and the Eindhoven-Boxtel highway. Best was reinforced with fresh troops being brought in by train from ‘s Hertogenbosch.

Paratroopers of the 502nd PIR had their lines just east of the Boxtel-Eindhoven highway, on the edge of the forest. The bridge at Best was a secondary target from the start of operation Market Garden. If the bridge at Son was lost, there would still be a crossing over the Wilhelmina canal at Best. In the meantime, the 506 PIR secured the city of Eindhoven. Soon the word got out in Best that the city of Eindhoven was liberated by allied troops.


Adrianus ‘Ad’ van de Wal also heard about Eindhoven being liberated. His girlfriend lived in Eindhoven and he wanted to celebrate the liberation with her. Ad’s girlfriend was the daughter of the pub owner at the base of the Philips light tower in downtown Eindhoven. With Best being turned into a German stronghold it was almost impossible to move around freely. The roadbridge at Best was blown in the morning of the 18th. The same happened to the railroad bridge. This left no crossing points for Ad to go to Eindhoven. 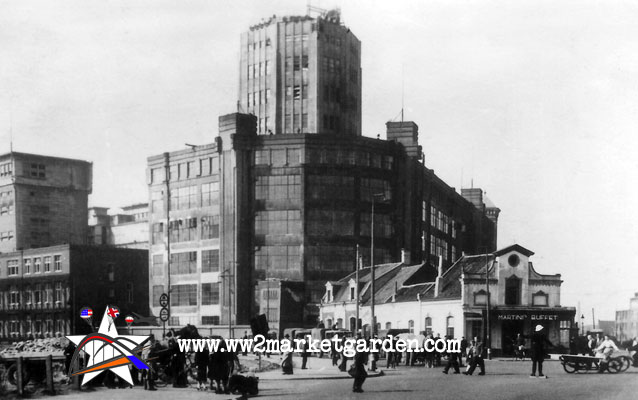 Later that evening, when it was dark, Ad bypassed the German troops and he swam across the canal. Ad was lucky enough that the Germans didn’t spot him and he continued his way towards Eindhoven, reaching the city in the morning of the 19th. He saw American paratroopers, British forces and the streets were full of citizens celebrating their liberation. Ad decided to visit the pub near the Philips building where his girlfriend lived, on the Emmasingel, café Centraal (Central). He spent the rest of the day in the vicinity of the café. At around 1900 hours the sky lit up. The Germans decided not to give away Eindhoven that easy and they sent bombers to drop bombs on the main highway that ran straight trough the center of Eindhoven. The city was in chaos, houses were burning, rubble everywhere and there was a carpet of thick grey smoke covering the city. During the bombing run Ad got hit and lost both his legs. He was brought to the hospital in the center of Eindhoven. Even though the doctors worked as hard as they could, Ad died of his wounds a couple of days later.

Until the end of October, the family didn’t know what happened to Ad. They knew he went to Eindhoven on the 18th, but didn’t hear anything until the end of October when Best was finally liberated. The casket with Ad’s remains was returned to the family for reburial. Ad was reburied on the cemetery of the ‘Odulophus’ parish in Best. His name is mentioned on the monument at the Kruisparkweg in Best, alongside 41 civilians of Best who died during the war years.

Photo: The Philips light tower in Eindhoven with café Central at the base of the building. 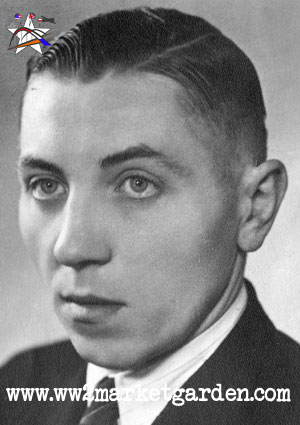