John “Jack” Baskeyfield was born on November 18 1922, as a son of Daniel and Minnie Baskeyfield, in Burslem, Stoke-on-Trent in England. He was only 17 when England declared war on Nazi Germany. In the early years of world war 2 John trained to be a butcher. In February 1942 he received his call up papers for the army at the age of 19.

The 1st Airborne Division wasn’t used for the Normandy invasion, so the division had to wait until they received their marching orders. They received the order to get ready when Field Marshall Montgomery planned Operation Market Garden. John, with his unit, was supposed to land by glider close to Arnhem, capture vital bridges over the river Rhine and defend them until they were relieved by armor of British XXX-corps.

Due to a shortage of planes the 2nd South Staffordshire Regiment was split between two lifts. Most of the Regiment was able to land their gliders on the landing zone at Wolfheze. John and his crew retrieved the AT-guns from their glider and initially dug in to defend the landing zone. When the units that were sent to Arnhem encountered heavy German opposition the men of the 2nd South Staffordshire Regiment were sent forward. The next day when the rest of the Regiment landed at Wolfheze, the men mounted their guns to the jeeps and made their way to Arnhem. The anti-tank platoon was kept in the divisional area close to Hotel Hartenstein in Oosterbeek. 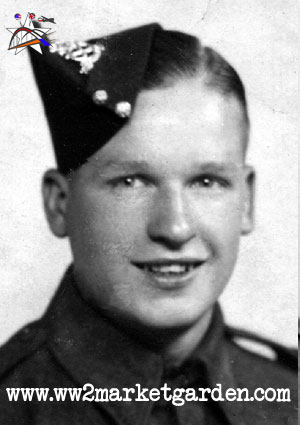 The British encountered more and more problems during their fight for the bridges. The 1st Airborne Division was stuck on the outskirts of Arnhem, with only a handful of soldiers defending the northern end of the Arnhem bridge. The Germans launched their counter offensive and the men of the 2nd South Staffordshire Regiment’s anti-tank platoon had to work very hard to withstand the attacks of the enemy armor. The Germans got the upper hand which resulted in British troops retreating to the divisional positions at Oosterbeek. Defences were organised by Lieutenant-Colonol Sheriff Thompson, commanding officer of the 1st Airlanding Brigade. At the time he was in charge of the 75 mm howitzers that were dug in around the Oosterbeek church. He ordered Major Richard Lonsdale to go forward and to organize the defenses just east of the Oosterbeek church. Lonsdale made sure that the AT-guns were positioned at vital intersections.

On September 20 the Germans launched determined attacks against the Lonsdale force, trying to encircle the British troops at Oosterbeek. John Baskeyfield was in charge of two 6 pounder anti-tank guns at an intersection of the Benedendorpsweg. John’s gun was facing north into the Acacialaan and covered the most likely German approach route. His right flank was covered by an anti-tank gun commanded by Lance Sergeant Mansell. During an assault John was brave enough to let the enemy come within 100 yards of his position and so was able to take out two German tanks and a self-propelled gun. During the battles on the 20th John’s crew was killed or wounded and John himself was also badly injured. When the Germans launched another attack, John was able to work his anti-tank gun alone and fired shot after shot until the Germans were able to destory his gun. Because his gun was out of action, John crawled across the street towards the other anti-tank gun and found that the gun crew was also killed or wounded. He decided to make another stand against the Germans and started loading and firing this gun. Again he was able to hit and destroy another self-propelled gun. A fifth tank was eventually able to take out John’s anti-tank gun hereby also killing John. For his actions at the Benedendorpsweg in Oosterbeek John received the highest military decoration in the British army - the Victoria Cross. 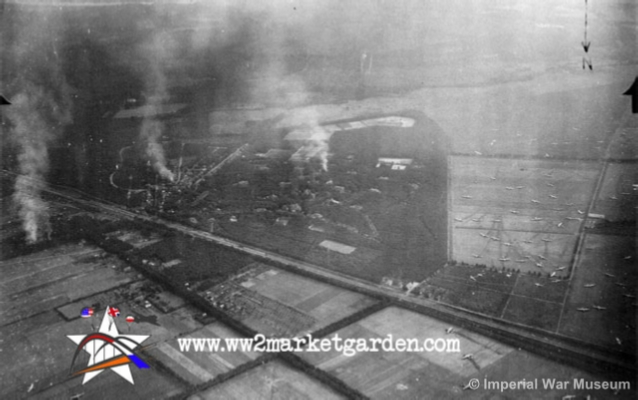 Horsa gliders of the 2nd South Staffordshire Regiment, part of the 1st Airlanding Brigade, at Wolfheze. 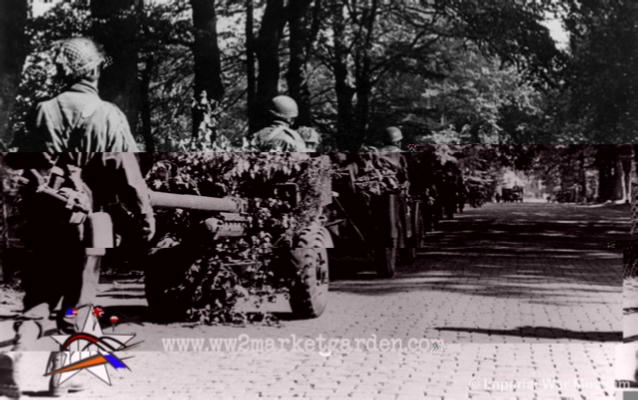 Men of the 2nd South Staffordshire Regiment anti-tank platoon are sent towards Arnhem on September 18. 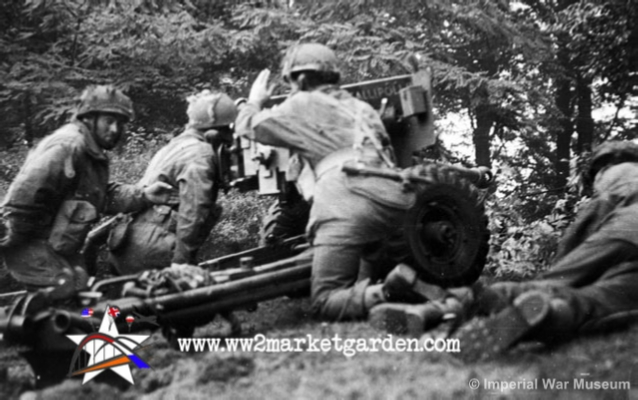 A 6 pounder anti-tank gun, similar to the one the John Baskeyfield used, in action on the Western side of the Oosterbeek perimeter. 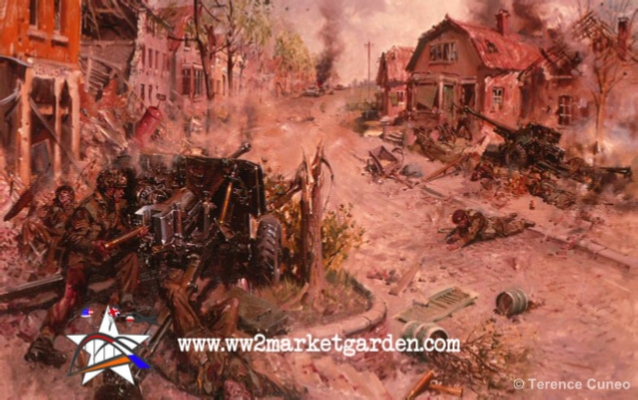 On 20th September 1944, during the Battle of Arnhem, Lance Sergeant Baskeyfield was the nco in charge of a six-pounder anti-tank gun at Oosterbeek.

The enemy developed a major attack on this sector with infantry, tanks and self-propelled guns with the obvious intention to break into and overrun the battalion position. During the early stage of the action the crew commanded by this nco was responsible for the destruction of two Tiger tanks and at least one self-propelled gun, thanks to the coolness and daring of this nco who with complete disregard for his own safety allowed each tank to come well within 100 yards before opening fire.

In the course of this preliminary engagement Lance Sergeant Baskeyfield was badly wounded in the leg and the remainder of his crew were either killed or badly wounded. During a brief respite after the engagement Lance Sergeant Baskeyfield refused to be carried to the Regimental Aid Post and spent his time attending to his gun and shouting encouragement to his comrades in neighbouring trenches.

After a short interval the enemy renewed the attack with even greater ferocity than before, under cover of intense mortar and shell fire. Manning his gun quite alone, Lance Sergeant Baskeyfield continued to fire round after round at the enemy until his gun was put out of action. By this time his activity was the main factor in keeping the enemy tanks at bay. The fact that the surviving men in his vicinity were held together and kept in action was undoubtedly due to his magnificent example and outstanding courage. Time after time the enemy attacks were launched and driven off. Finally when his gun was knocked out Lance Sergeant Baskeyfield crawled under intense enemy fire to another six-pounder gun nearby, the crew of which had been killed and proceeded to man is single handed. With this gun he engaged an enemy self-propelled gun which was approaching to attack. Another soldier crawled over open ground to assist him but was killed almost at once. Lance Sergeant Baskeyfield succeeded in firing two rounds at the SP gun, scoring direct hits, which rendered it ineffective. Whilst preparing to fire a third show, however, he was killed by a shell from a supporting enemy tank.

The superb gallantry of this nco is beyond praise. During the remaining days at Arnhem, stories of his valour were a constant inspiration to all ranks. He spurned danger, ignored pain and, by his supreme fighting spirit, infected all who witnessed his conduct with the same aggressiveness and dogged devotion to duty, which characterised his actions throughout.